This Chevy comes in a white exterior paint complemented by a grey interior. Powering this Camaro is a 305ci V8 paired with an automatic transmission. This Camaro features; power steering, power, working heat, working A/C, aftermarket radio, and many more features.

The third-generation Camaro was produced from 1981 (for the 1982 model year) to 1992. These were the first Camaros to offer modern fuel injection, Turbo-Hydramatic 700R4 four-speed automatic transmissions, five-speed manual transmissions, 14,15- or 16-inch wheels, a standard OHV 4-cylinder engine, and hatchback bodies. The cars were nearly 500 pounds (227 kg) lighter than the second generation model. The IROC-Z was introduced in 1985 and continued through 1990. National Highway Traffic Safety Administration (NHTSA) Regulations required a CHMSL (Center High Mounted Stop Lamp) starting with the 1986 model year. For 1986, the new brake light was located on the exterior of the upper center area of the back hatch glass. Additionally, the 2.5 L Iron Duke pushrod 4-cylinder engine was dropped, and all base models now came with the 2.8 L V6 (OHV). For 1987 and later, the CHMSL was either mounted inside the upper hatch glass or integrated into a rear spoiler (if equipped). In 1985, the 305 cu in (5.0 L) small-block V8 was available with an indirect injection called “tuned port injection” (TPI). In 1987 the L98 350 cu in (5.7 L) V8 engine became a regular option on the IROC-Z, paired with an automatic transmission only. The convertible body style returned in 1987 (absent since 1969) and all came with a special “20th Anniversary Commemorative Edition” leather map pocket. 1992 offered a “25th Anniversary Heritage Package” that included stripes and a unique spoiler plaque. Beginning in 1988, the 1LE performance package was introduced, optional on street models, and for showroom stock racing in the U.S. and Canada. The B4C or “police” package was made available beginning in 1991. This created a Z28 in more subtle RS styling. 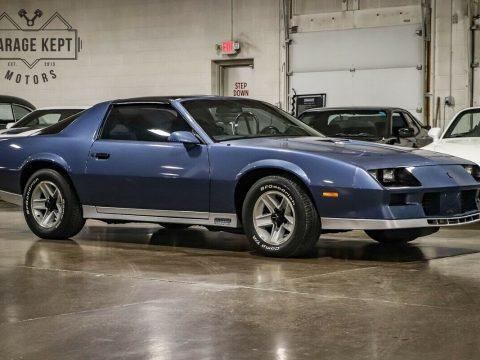 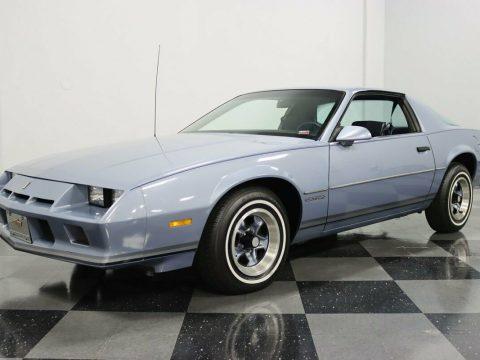 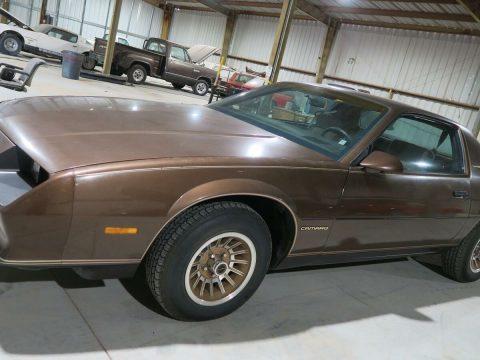 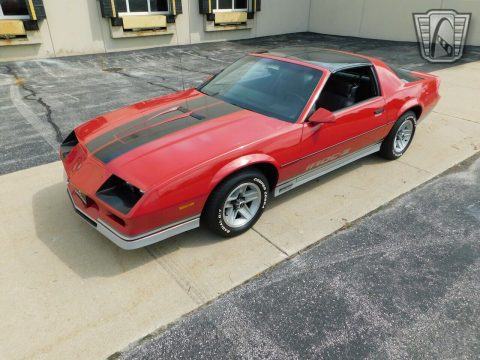 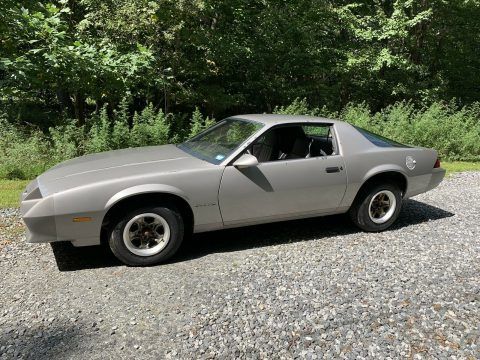