This car was featured in the August 2022 article of Barn Finds.

This Z28 was delivered to Mall Chevrolet on December 22nd, 1971 after being built at GM’s Norwood Ohio assembly plant.

This car has had only two private owners (Chuck and Glen) since it was built in 1971! The odometer reading at under 35,000 miles is actual mileage. *The state of Indiana has very stringent or strict rules to allow a car of this age to show or retain its milege as Actual on the face of the title. Indiana will not put actual on the title just because you say its actual or because someone writes in low mileage on the title. Indiana will not accept even a legal odometer disclosure statement as “actual” by a prior owner. With that said most cars of this age are required to show mileage as exempt or not actual. Title History also substantiates the actual mileage of this car along with the State of Indiana validation of its actual status!

Buy this car, take it to Mecum or Barrett Jackson, and make money??? Quite Possible. Priced to sell!

1972 was lowest production z28 of all time only 2575 unit outside of the 1967 z28 at 602 units. Comparision over 20,000 1969 z28s were built. This is a highly collectable car with the good color and options and less than 35,000 actual miles. Out of the 2575 very few were factory 4.10 rear axle cars with M21 close ratio 4 speed transmission! You may not be a Chevrolet person but this is a rare special car with only two past private owners since sold new and less than 35,000 actual miles. The car is well sorted in the engine, trans, rear axle, and suspension and is pleasure to drive with things working such as radio, key buzzer, heater, horn, tach and speedo and fuel guage when most of the time on these 50+ year old cars many of these items do not work. I installed the 1970 GM part number 3959456 forged dome Z28 pistons to the car’s engine–so this car will run right with the 1970 LT1 Z28–dare I say likely runs even better than most 1970 Z28s! The factory 4.10 CB rear axle really makes it go! These cars came from GM with 780cfm Holley 4 barrel carburetor on a high rise winters GM aluminum intake, factory 2.02/1.600 valve heads with factory spin studs and guide plates, forged steel nitrided crankshaft, forged pistons, and special forged “pink connecting rods”, high lift solid lifter camshaft, etc. This is the last year for the 8,000 rpm tach and 6500rpm redline for Z28 with high reving solid lifters. They are really neat cars and as mentioned very collectible with the 3 year only LT1 engine which GM only allowed to be installed in Z28 and Corvette only, and only for a limited period of time 1970-1972. This Z28 is Cranberry Red w/ Black Stripes. The car was Cranberry Red w/ Black stripes originally from GM and per its Code 75 YF8 on the trim tag. The casting date on the rear axle center section is E 5 1. This would decode as May 5th, 1971. The axle tube stamp is when the rear axle was assembled Julian date the 134th day of 1971 which was Friday May 14th, 9 days after the axle was cast!

MORE INFORMATION:I just took this car to put premium 93 octane a few days ago Jan 2023 to gas station and to get it ready for photos for BAT. Nows the time to buy before its locked up in contract with BAT or Mecum. Radio works, horn works, heat blows hot, fuel gauge and tack work, even the KEY BUZZER! No buyers premium now. Standard bore factory GM pistons with new moly rings, GM forged #1182 nitride crankshaft, factory pink Z28 rods, 2.02 / 1.600 stainless valves with spin in studs and plates–vin matching block and M21 trans. Factory rare 4.10 rear axle car CB Code. Less than 35,000 actual miles (not exempt but ACTUAL on title). 2nd private owner Glen still has some of the smog pump equipment for purchase if wanted! Glen rebuilt entire suspension owning the car as last private owner for right at 15 years! Fresh engine and trans just gone through, rings, bearings and seals. M21 trans all redone with new synchros, and gears as needed. Clutch adjusted, professionally tuned! Car runs great with pertronix under the stock gm points distributor cap and factory 7mm Delco wires. Deep groove pulley, dual snorkel air cleaner, GM marked hoses, FACTORY COLOR ~ Cranberry Red! But once it goes BAT or Mecum there is 5% 12% buyers premium over top bid. Get it now and save!The engine in this Z28 has GM part number 3959456 forged dome pistons in it–STANDARD BORE! These are the pistons used by GM in 1970 Z28 yielding higher compression ratio than the 1971-1972 Z28! Also, the rods are geniune GM pink z28 rods gm part number 14095071, and the crankshaft is genuine GM LT1 Z28 crank GM part number 330550 which still even has the GM paint inspection marks on it std/std. The camshaft is GM origional LT1 camshaft GM part number 3972178 with GM genuine solid lifters gm part number 5232695. None of this is reproduction! Of course the engine has the correct date coded heads with large high flow 2.02/1.600 valves GM part number 3973487, spin in studs and guide plates, and the high performance 4-bolt main 3970010 engine block. The intake manifold is the correct and believed to be the original intake born to this car GM part number 3959594 Winters snow flake high -rise aluminum.

The rocker panels on this car still have the factory pinch welds on both sides if you look close at the photo. This car is appears to have original sheet metal along with GM stamping in the quarter panel gutters–and frame and floors have never had rust repair I can see and do not need it from what I see! A LOT OF VALUE HERE! LIKELY WILL BE SIX FIGURE CAR IN 10 YEARS OR SO! 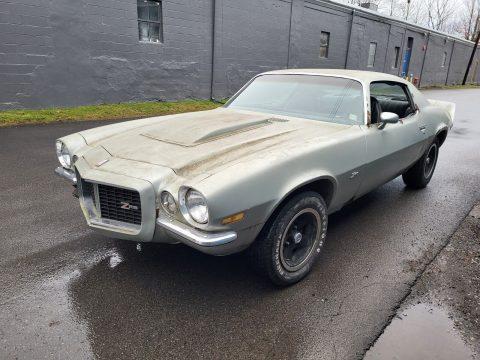 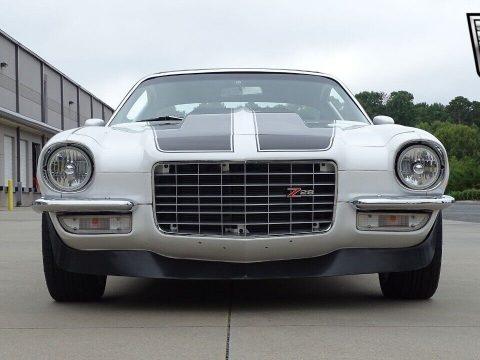 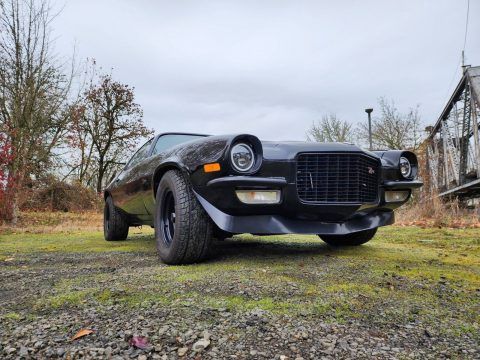 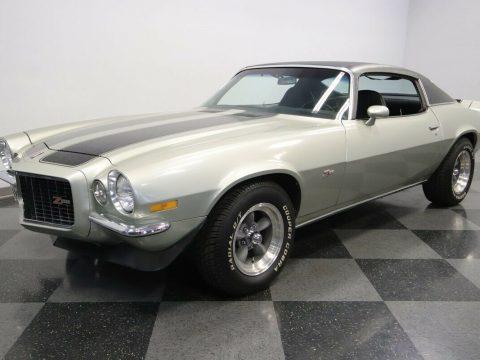 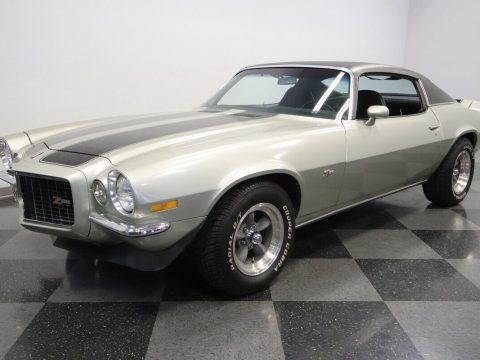