The first generation of Camaro was built for the 1967 through 1969 model year. And even though that seems like a short run, these cars are still some of the most collectible Camaros depending on the Engine and Appearance package you chose, and there were many. Engine options were as many as 12 in 1969 with three main packages that included the RS, SS and Z/28 with several special packages sold through GM and specialized dealers of performance parts and installation.

This beautiful ’68 Camaro has been owned by the current owner for the last 45 years. When he purchased the Z-28 it in 1975, the motor/transmission and original rear end were gone. The ambition to redo the car was there but the money and time were never there all at the right time and as the years went on he continued to store it until finally time, money and ambition all met at once. The car was a complete body off restoration and not one nut or bolt was left undone and taken off.

It is powered by a Taylor-Made Mouse 355 v8 that is featured in February of 2001 Hot Rod Magazine. It was built off a 4 bolt main from a 1972 Chevrolet Truck The transmission a 5 speed Tremec manual transmission. Just about everything on the car is new or refurbished. The paint was done 10 years ago at a local professional body shop. It is finished in a Ford basecoat/clearcoat Ultra Violet Pearl. 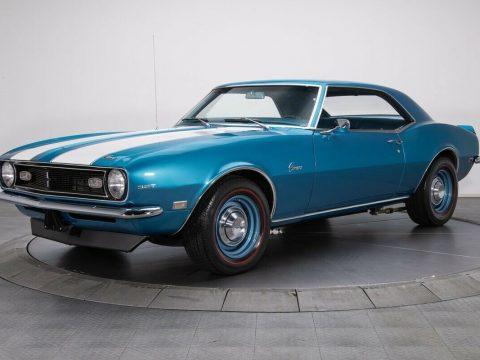 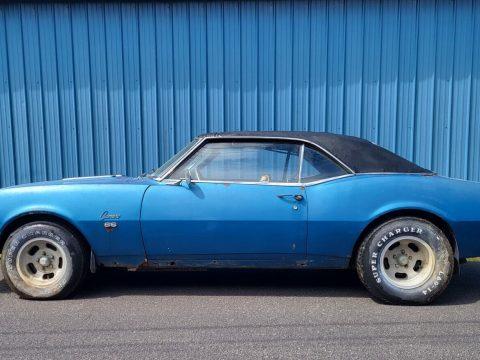 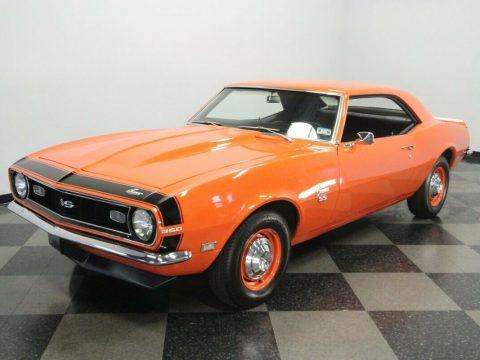 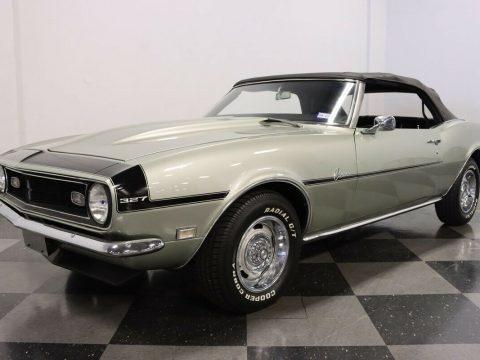 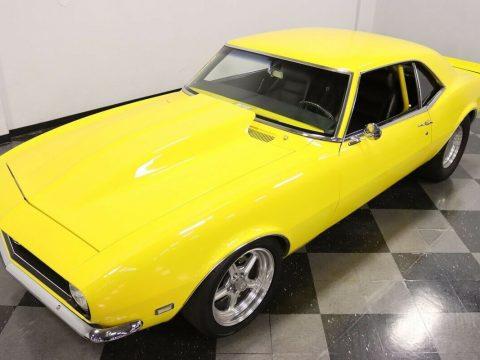